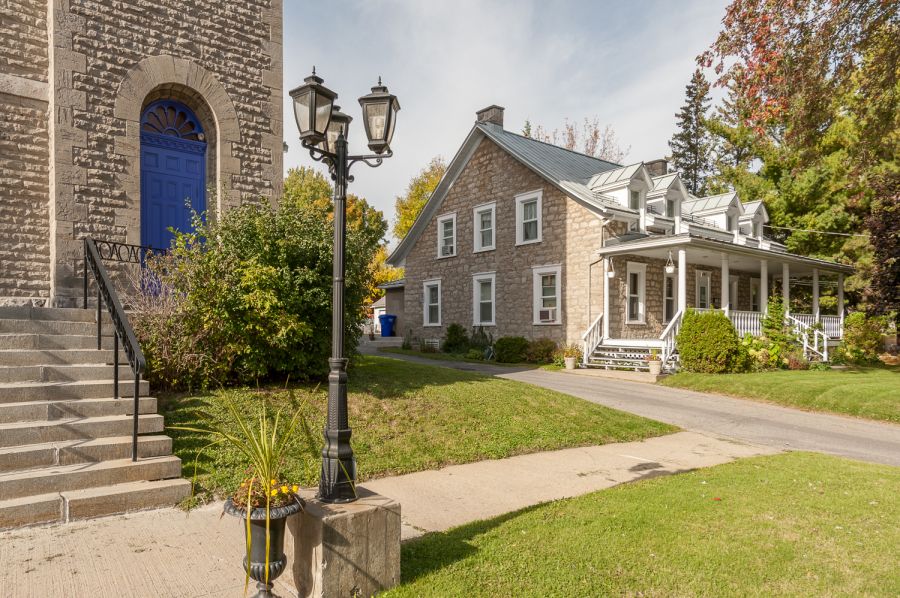 « Young thirty-somethings buy little houses here. As their families grow, they buy larger houses. As soon as they can afford to, they build their dream homes. After their kids have left the house, they'll look for little homes to enjoy a relaxed retirement. »

On October 24, 1678, the Frontenac government granted the island, named Île Bonaventure at the time, as a seigneury to Jacques Bizard. This date marks the beginning of the history of L'Île-Bizard, which celebrated its 325th birthday in 2003. Considering its long history, the borough is full of heritage buildings, several of which have been honoured as part of the Montréal Architectural Heritage Campaign.

Located to the west of the Island of Montréal, the L’Île-Bizard–Sainte-Geneviève borough has many large green spaces. It is surrounded by two waterways that are used for recreational boating, the Lake of Two-Mountains and the Rivière des Prairies. Located 36 kilometers from downtown Montréal, L’Île-Bizard is linked to the Island of Montreal by a bridge and is connected to Laval by ferry.

According to sociodemographic data published in July 2014, this borough is the least populated of the City of Montréal. It has 18,000 inhabitants, i.e. 1.1% of the city’s total population, over an area of 23.6 km2. Nearly two-thirds of its 5,070 families have children living at home. In total, there are 6,140 children at home, half of which are 14 years of age or younger. There are nearly 6,690 households, the average size of which is 2.6 people.

Of particular interest to families, this area has five parks, a municipal pool, and numerous daycare centres. No need to leave the island to have access to services: The island has doctors, dentists, notaries, pharmacies, a fire station, food markets, restaurants, and hairdressers.