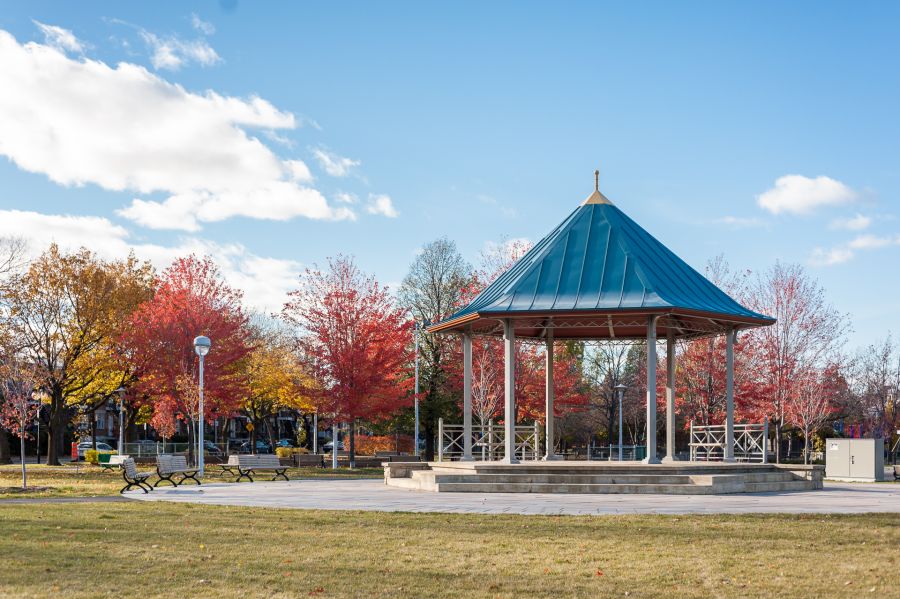 « Villeray is laid-back and colourful, much like Le Salon Miss Villeray, neighbourhood bar since 1960! »

Up until the end of the 19th century, the Villeray—Saint-Michel—Parc-Extension borough was merely a rural countryside dotted with farms. In the early 20th century, the industrialization of Parc-Extension and the prosperity of a dozen quarries contributed to the economic expansion of the area. Saint-Michel and Parc-Extension expanded the most during the post-war period, during which time many workers settled there, thanks to the exploitation of the Miron and Francon quarries.

According to sociodemographic data published in July 2014, it is the second most populated borough of the City of Montréal. It has more than 142,000 inhabitants, i.e. 8.6% of the city’s total population, over an area of 16.5 km2. More than two thirds of the 35,500 families in Villeray—Saint-Michel—Parc-Extension have children living at home. In total, there are 41,505 children at home, more than half of which are 14 years of age or younger. The borough has nearly 64,000 households, the most common of which are made up of people living alone (39%). The average household size is 2.2 people.

The multicultural character of the borough has shaped its unique, colorful identity. It includes such places as the Saint-Michel Environmental Complex, Jarry Park, and the Cirque du Soleil. Furthermore, the Cité des Arts du Cirque itself provides more than 2,000 jobs in the borough, making the arts and performance industry one of the most vibrant local economic activities. The borough is served by eight metro stations: Crémazie, Jarry, Jean-Talon, Saint-Michel, Iberville, Fabre, De Castelnau, and Parc.