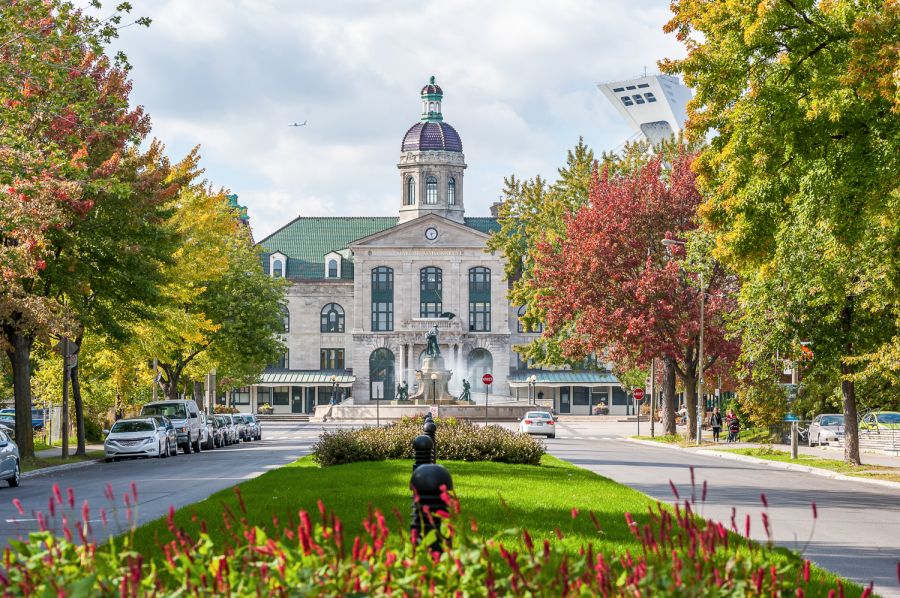 « HoMa is the Hochelaga district, just West of Pie-IX Boulevard with its red brick triplex and its Valois Place. HoMa is the Maisonneuve district, just East of Pie-IX Boulevard with its stone facade properties and its Maisonneuve Market. HoMa is also the diversity between its ancestral properties and brand new condos located near downtown. »

The Hochelaga municipality came to be between 1870 and 1883 thanks to the establishment of numerous industries that required an abundant workforce: Cotton spinning, tar paper, tobacco factories, tramway and wood product workshops. In 1883, the Maisonneuve municipality was created by developers in order to make their land to the east of Hochelaga profitable. After World War II and years of rationing and unemployment, the neighborhood modernized: It witnessed the beginning of popular banks and the rise in popularity of the automobile and community-based organization, set against the backdrop of poverty caused by the deindustrialization of the neighborhood in a time of economic crisis. However, for the past several years, the borough has seen the emergence of numerous development projects that are rejuvenating the neighborhood and bringing in new families.

The borough is bordered to the north by Sherbrooke Street and the borders of the Saint-Léonard and Anjou boroughs, to the south by the St. Lawrence River, to the east by the city of Montréal-East, and to the west by the Canadian Pacific railroad tracks.

According to sociodemographic data published in July 2014, this borough is the fourth most populated borough in the City of Montréal. It has nearly 131,500 inhabitants, i.e. 8.0% of the city’s total population, over an area of 25.4 km2. A little more than half of its 32,110 families have children living at home. In total, there are 29,325 children at home, more than half of which are 14 years of age or younger. The borough has nearly 65,700 households, the most common of which are made up of people living alone (46%). The average household size is 1.9 people.

There are many businesses there, particularly on Ontario East and Sainte-Catherine East Streets, as well as the intersection of Hochelaga and Des Ormeaux Streets, not counting the Maisonneuve Market, the Place Versailles, and Loblaws. The Olympic Stadium, the Botanical Gardens, the Insectarium, and the Biodôme are an attractive draw. The borough is served by several metro stations on the green line, from Préfontaine to Honoré-Beaugrand.