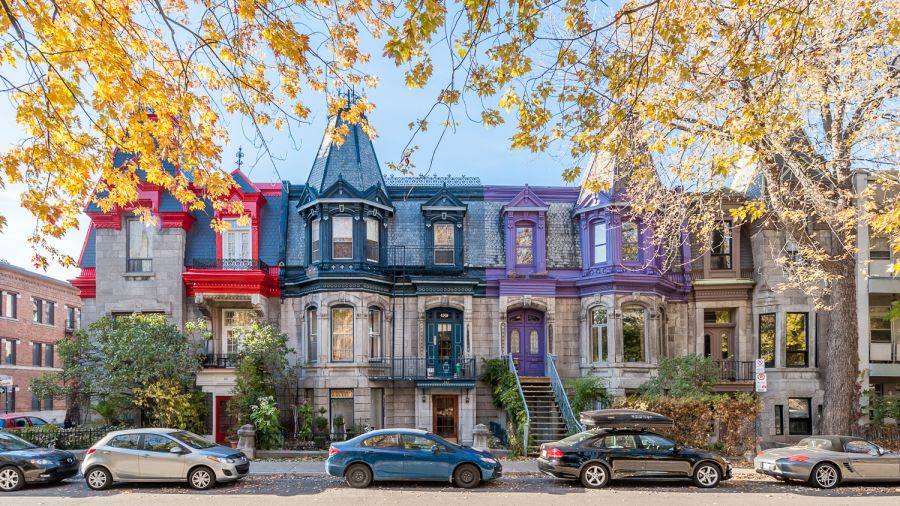 « I came to the Plateau as assistant to the director in 1992. I left in 1995 and came back in 2005 as a real estate broker. It's always a joy to come back. Doing real estate on foot... amazing! Visiting boutiques and restaurants and getting to know the owners... even more amazing! And then knowing how to share our discoveries with our clients... that's the most amazing thing of all! »

« People want to live in the Plateau for its diversity: it's working class, a little bohemian, and the hippest borough in Montréal. It's full of all sorts of surprises: green back alleys, delicatessens, little theatres, a multitude of restaurants, and numerous businesses where you can find unique clothing or decorations like nowhere else. It merges gastronomy and culture. All walks of life rub shoulders there. The architecture is unique and charming, with its little balconies, wrought iron staircases, and coloured façades. »

Starting in 1745, the urbanized area of Montréal began to extend beyond its fortifications. The Plateau-Mont-Royal was born when the Faubourg Saint-Laurent to the north became the main axis of development. In the early 20th century, it was a working class borough. Over the years, spurred by economic growth, it was transformed and the working class population gradually deserted the area. In the 1930s, the Great Depression slowed construction in the borough. Since the 1980s, a return-to-the-city movement has attracted young professionals, artists, and students to the Plateau-Mont-Royal borough and has made it into a centre of cultural and intellectual activity.

The borough takes its name from its geographic location above the terrace of Sherbrooke Street. It is bordered to the north and northeast by the Canadian Pacific (CP) railroad tracks, to the west by Hutchison Street until Mont-Royal Avenue, then Park Avenue going south towards Pine Avenue, then from University Street to its southern limit, Sherbrooke Street.

According to sociodemographic data published in July 2014, the Plateau-Mont-Royal borough is the seventh most populated borough in the City of Montreal. It has just over 100,000 inhabitants, i.e. 6.1% of the city’s total population, over an area of 8.1 km2. The borough is the most densely populated of the city’s 19 boroughs. Less than half of the 20,255 families in the Plateau-Mont-Royal have children living at home. In total, there are 15,420 children at home, more than 66% of which are 14 years of age or younger. The borough has nearly 57,000 households, the most common of which are made up of people living alone (53%).

In 2004, the New York organization Project for Public Spaces selected Plateau-Mont-Royal as one of the 20 places in North America with the best quality of life. Known for its green spaces, it is the home of one of the city’s largest parks, the Lafontaine Park. It has three metro stations (Sherbrooke, Mont-Royal, and Laurier) and is well served by the city’s bus network. The Québécois writer Mordecai Richler located several of his stories in the Plateau of the 1950s and 1960s.