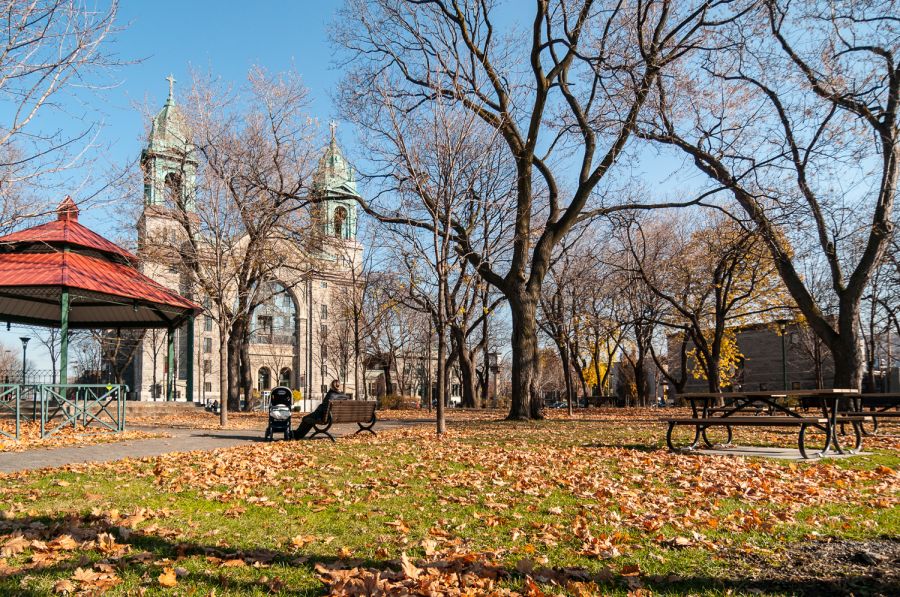 « I find that Rosemont has a real 1950s vibe, with its mature trees and its incomparably solid houses. »

In 1905, the municipality of La Petite-Côte became the village of Rosemont. In the early 20th century, Rosemont benefited from rapid expansion thanks to the arrival of the Angus factories: In only ten years, its population tripled. The slowdown and eventually the termination of the Canadian Pacific activities created a real void. However, for the past few years, the Angus area has been reviving. A large residential development and an industrial renaissance based on new technologies are once again setting the rhythm throughout the entire borough.

Located in the center of the Island of Montréal, Rosemont is surrounded by a quadrilateral formed by Sherbrooke, Bélanger, Iberville, and Lacordaire Streets. It contains several neighborhoods, including Petite-Patrie, Nouveau-Rosemont, and the Technopôle Angus, as well as urban villages like Little Italy.

According to sociodemographic data published in July 2014, the Rosemont-La Petite-Patrie borough is the third most populated borough of the City of Montréal. It has more than 134,000 inhabitants, i.e. 8.1% of the city’s total population, over an area of 15.9 km2. More than half of the 31,310 families in Rosemont-La Petite-Patrie have children living at home. In total, there are 27,150 children at home, more than 60% of which are 14 years of age or younger. There are more than 71,140 households, the average size of which is 1.8 people.

What can you find there? A culture centre, three libraries, and the Cinéma Beaubien, a predominantly francophone movie theatre with varied offerings; dynamic business streets and hundreds of businesses close by; the Saint-Hubert Plaza and the Promenade Masson; Little Italy and the Jean-Talon Market, as well as four hospitals.