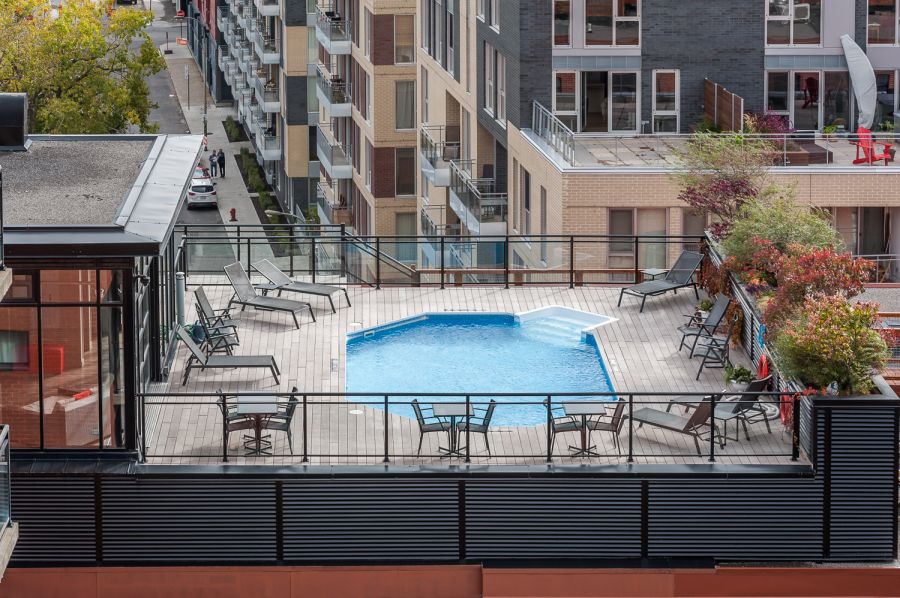 « I love the excitement of downtown but appreciate the heritage left behind in the architecture of old buildings. »

Created as a borough in 2002, the Sud-Ouest includes several neighbourhoods (Pointe-Saint-Charles, Little Burgundy, Saint-Henri, Côte-Saint-Paul and Ville-Émard) and one district “Griffintown”. Since Griffintown has received a lot of media attention over the past few years, let’s examine how the district got its name. In 1654, its land was ceded to Jeanne Mance and the area was named the Nazareth fief. Around 1783, an Irish developer named Thomas McCord signed a 99-year lease to develop the Nazareth fief. In 1804, the fief, several lots of which were owned by Mary Griffin, became known as Griffintown.

Even before it became a borough, the Sud-Ouest existed and had its own personality. Considered a region of Montréal, it included the neighbourhoods located to the west of downtown, on both sides of the Lachine Canal, and up to the borders of the former municipalities of LaSalle, Verdun, and Westmount.

According to sociodemographic data published in July 2014, the Sud-Ouest borough is the thirteenth most populated borough in the City of Montréal. It has nearly 72,000 inhabitants, i.e. 4.3% of the city’s total population, over an area of 15.7 km2. More than half of the 17,245 families in the Sud-Ouest have children living at home. In total, there are 17,710 children at home, more than half of which are 14 years of age or younger. The borough has nearly 37,000 households, the most common of which are made up of people living alone (44%).

The Sud-Ouest borough is one of the areas with the best development potential in Montréal; nearly half of its area is made up of transforming spaces or zones, former factories to repurpose, and complete areas to be redefined. Some things to check out or revisit: The Lachine Canal, which stretches over approximately15 kilometers; the Atwater Market, opened since 1933; the Angrignon Park, whose design was inspired by the British gardens of the 19th century, and the Corona Theatre, which dates from 1912 and is known for its original frontage.